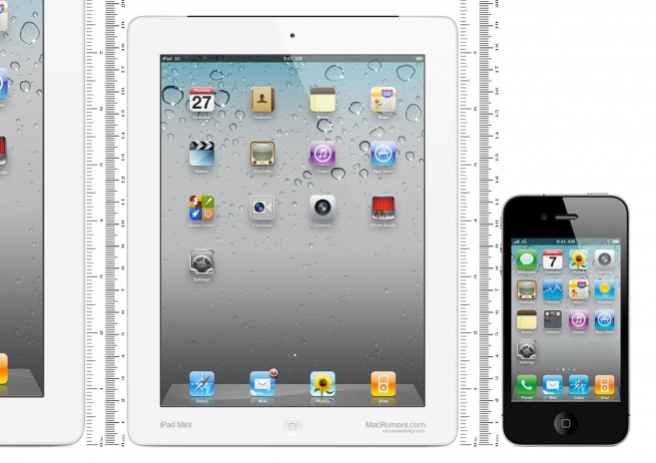 Every year sense we saw the iPad there has been crazy rumors of Apple making a 7 inch iPad so much Steve himself said the company would never make one! There is still rumors of them happening and here is the newest one: A 7inch iPad 3. Yes. Just like the 7 inch iPad 2 there is now a 7 inch iPad 3 rumor. There has never been a reason for Apple to even consider making an iPad that is 7 inches… Until now. The kindle fire Amazons “best selling product ever launched” is the 7 inches and has some steam going because it is allowed to be sold for such a low price because it’s smaller. So this is one reason they could be going for it. A very low budget iPad for people who just need something that small. We have herd of Apple ordering 7 inch iPad screens. However I don’t think we will see this. At least this year. I think this year they are going to test it. To see if they actually wanna put it out there. Above and right below is the 7 inch iPad 2 render vs the iPad 2 10 inch image. 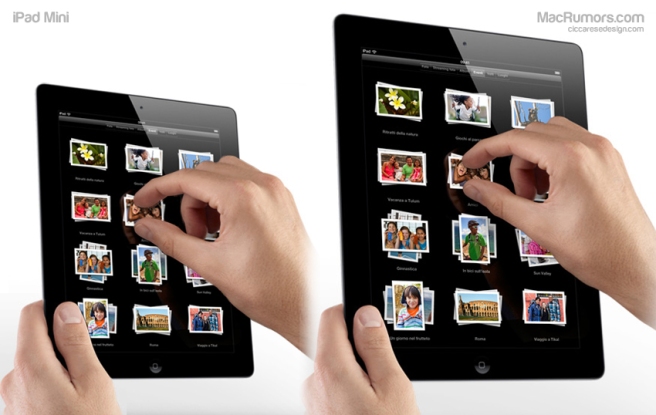