We have seen photos of parts that have been said to have a new dock connector and a repositioned headphone jack to have all devices similar in ports.

New leaked parts for what is said to be the new iPad mini and the new iPhone have been released. High res shots of the dock connector reveals a smaller 8 pin dock that is rumored for all the upcoming iOS devices. 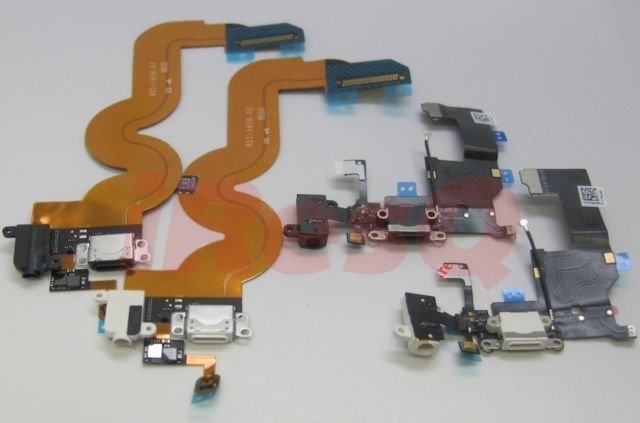 A new dock connector seems to worry a lot of people with accessories for the current dock connector. Hopefully for all of you Apple will release an adaptor like they did with Magsafe to Magsafe 2.

the part you see above could be from the much awaited next generation of iPhone. What is most important to note is the dock connector. It seems to have gotten a lot smaller than it has been in the past. However there is no telling if this part is actually legit. The component also has what I believe is a cellular antenna instead of a wifi antenna. Also noted there is a headphone jack all in a different organization than it used to be. However the most important is yes the dock.

The dock connected has been with us sense the early iPod years and this suggests Apple is probably ready to ditch it. If legit then all your old connectors won’t work… Unless apple is nice enough to give us an adaptor. 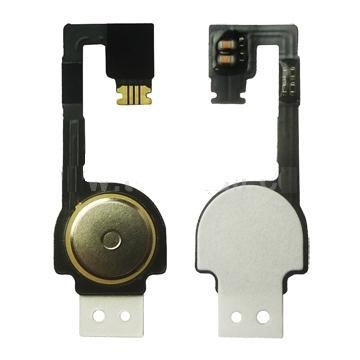 The image you see above made its way onto cultofmac and it is told to be the home button for the iPhone 5. Now if this is true then the rumors of the new capacitive home button is surely dead and that might just kill the capacitive volume buttons as well. Now you see above the little battery snapped circle? Yes that is the same as the iPhone through the iPhone 4 it makes sure the little plastic button comes back up so you can click it again to make start multitasking. Now if this is what the iPhone 5 home button is than it confuses me. You see if Apple were to keep the home button then why not make it the same one that has been on the iPhone for around 4-5 years now. It makes sense to keep the same home button and honestly it looks kinda stupid. I don’t know why they would get rid of the circle for sort of half circle if you want to call it that which makes me think it is a fake and someone once again is trying to make money of a product that hasn’t even been released yet. I don’t think Apple would make the home button look like that ever especially giving the fact that leaked supposed iPhone 5 image found in photo stream has a sort of oval home button or touch area makes me think this is even more fake. I could be wrong. Only time will tell.
[VIA cultofmac]
[iPhone 5 photo stream]

Well it seems that there are parts leaking all over the place it seems that new parts of the new iPhone 5 (above)have surfaced also it seems an improved antenna for the iPhone 4S or budget phone have surfaces. According to the rumor the parts supposedly for the iPhone 5 don’t really look like what we have been hearing with a rounded back. It seems to be like a clone of the iPhone 4 parts but it could have a bigger screen. Also there has been parts of a better and improved antenna system for Apple’s rumored budget phone or 4S(below) 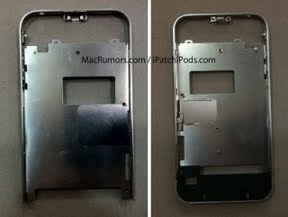 If you were to ask me I think all of this isn’t correct at all and what we hear is wrong. Or at least these current rumors are wrong. Both the new antenna and the parts could be for a revised iPhone 4s or the budget phone or there won’t be 2 new phones and it will just be a revised iPhone 4 being the 4s. We will see.