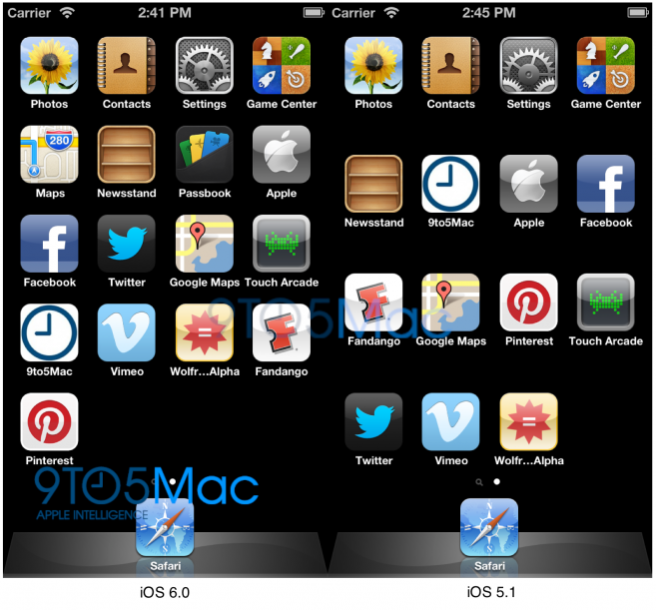 Something that many iPhone users have always wanted was a larger screen. Not something as huge as a Samsung Galaxy Note but something a little bigger. Apple seems to have almost confirmed we will see a new larger screen with the next iPhone.

9to5mac was able to do some developer magic and make the iOS simulator work in the rumored 640×1136 resolution on iOS 6 and 5.1. The thing to notice here is that in 5.1 the apps have a large number of space between the rows as it isn’t supposed to run that resolution, but then look at iOS 6 and there is the same space as there is on the normal iPhone using 4 rows on 5.1 but has 5 rows of apps (Not including the dock).

If that isn’t proof that is the screen isn’t going to get larger I don’t really know what is. We will see soon.