Skip to content
2012 was a big year for Apple and us all. As the year of 2012 draws to a close I thought we should take a look back at what Apple did this year because there was a LOT. In 2013 I will post about what I hope Apple does in 2013. Lets get started

Apple surprised as all by releasing 2iPads this year. The iPad 3 was announced regularly around February with launch shortly after. The iPad 3 was the first iPad with a retina display, had a new A5x processor, and kept the same design as the iPad 2. However that would not be the only full sized iPad seen in 2012. We saw the iPad 4 come out with the iPad Mini on November 2nd. The iPad 4 featured a new A6x processor, and a new lightning connector as well. Some like myself were a little disappointed with this as I wish Apple waited to make a new design for the iPad as the iPad 2 design is getting old. However this was done to have a new iPad people could buy for the holidays and hopefully Apple is working on a new design for us to see next year! Read Our iPad 3 Review 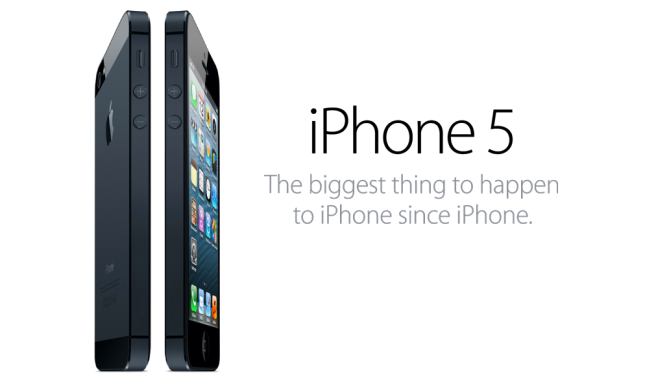 iPods seem to be a second thought for Apple now. The product that once defined the company seems to be lost as Apple focuses more on the iPhone. However the iPod line (except for the classic) got an upgrade this year. The new iPod touch got a 4 inch display along with the iPhone 5, a new design, colors, a 5 megapixel camera, and even a little strap for your wrist. The iPod nano got a redesigned body and a bigger screen. The shuffle got upgraded colors I think. 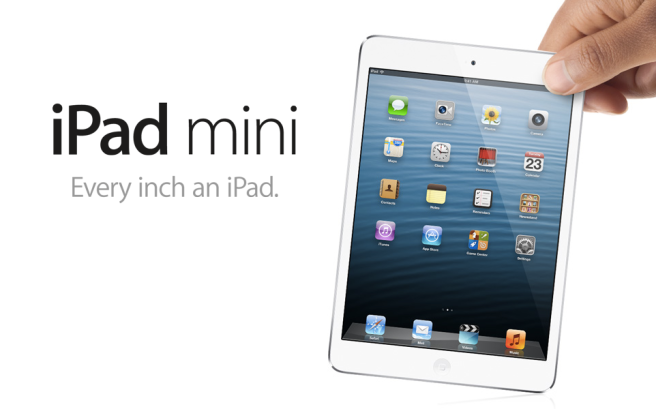 Ever sense Steve Jobs held up the first iPad on stage in all it’s glory there have been rumors for a smaller iPad. Steve stated that a smaller iPad would not be needed and users would not enjoy one in a conference call. That didn’t stop rumors from spreading madly through the internet. I too thought a smaller iPad would be pointless until they really announced it. Apple unveiled the iPad mini in October with an 8 inch display, thin design, Slate and Silver back, A5 processor, and even more. The iPad Mini came out with the iPad 4 on November 2nd and it is growing with consumers. It is a little bit of a better fit then the iPad. However there does need to be a better screen, however this is only the first generation and I have hopes for the future. Read the iPad Mini Review. 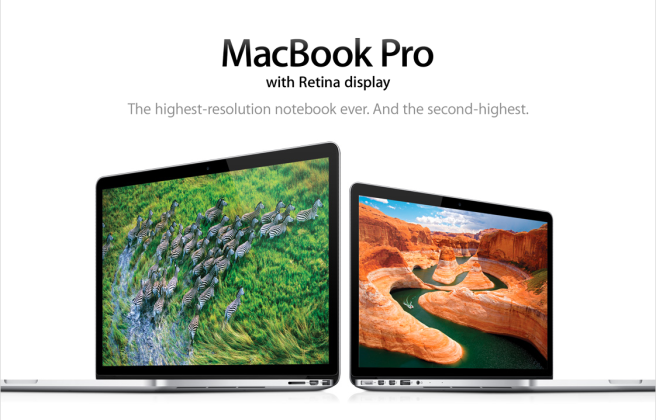 There is no denying the Retina Macbook pro is a gorgeous machine. The retina display makes anything else look low class. Not only does the Retina Macbook pro have a higher resolution screen it was the first MacBook pro to ditch the CD/DVD drive. The MacBook air had ditched this a long time ago and now the MacBook pro has joined. Everything really you want is downloadable on the developers website or the Mac App Store. Plus if you can’t live without one then well just buy the drive for $80. The MacBook pro also got an HDMI out connector and a much thinner design. 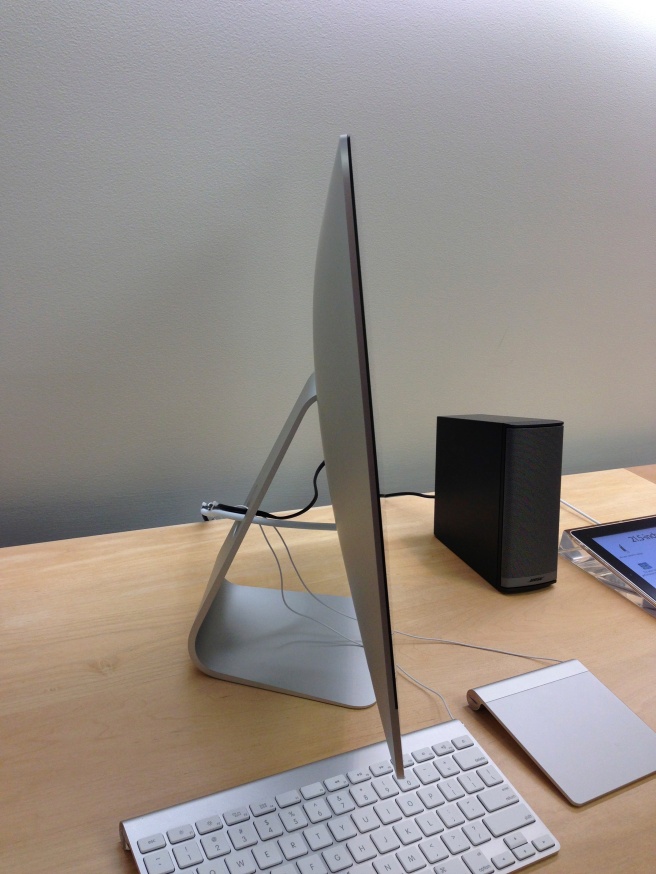 I have the first Aluminum iMac from around early 2007 I want to say and I love it. I still use it for games and even this site from time to time so I am excited they sort of changed the design a little bit. The iMacs before were basically the same 2007 rendition just a little bit thinner with an SD card reader added to them which really nobody needs (I have one on my MacBook air and I haven’t even touched it). The new iMac is crazy thin. It’s somewhat incredible to think they can still fit the entire iMac into it. However thin does come with compromise. You will have to give up your CD/DVD drive but that’s not such a problem because again you can download everything. I like the new iMac a lot. I would defiantly recommend it for someone who wants a desktop computer though.

I am going to be completely honest. iOS 6 was a big disappointment and I think Apple knows it. Maps doesn’t bother me because well it get’s me where I need to. However there was too little. Passbook? Okay. Redesigned UI for some Apps? Ehhhhh boring. Panorama is cool. LTE Facetime? Should not be a major feature. Siri? Siri was with the 4S and still needs developer support. I hope Forestall getting fired means we will see change and soon. I have hopes for iOS 7.

So that was 2012 for you. Amazing products and more are to come in 2013. I will be posting getting started guides for iPads, iPhones, and Macs for Christmas in the following days. Happy Holidays!

28 thoughts on “Apple: A Year In Review”